In 2009 the Health Information and Quality Authority (HIQA) performed a Heath Technology Assessment (HTA), which recommended the introduction of a bowel screening programme in Ireland based on faecal immunochemical testing (FIT) every two years for people aged 55 to 74 years.2  BowelScreen, the HSE National Bowel Screening Programme is implementing this age range on a phased basis over time, commencing with the current age range which is 60 to 69.

The Faecal Immunochemical Test (FIT) screens for blood in the stool sample as an indication that further investigation is required through colonoscopy.

FIT has several advantages over the Guaiac Based Faecal Occult Blood Test (gFOBT) alternative to include better sensitivity, no dietary requirements, specific for human blood in large intestine, a fully automated laboratory solution, easier specimen collection, and is fully quantifiable so that sensitivity, specificity and positivity rates can be adjusted for different screening programmes.3

The Faecal Immunochemical Test currently offered is the OC Sensor test which is the worldwide leader processing over 60 million tests per year.  OC Sensor is the only quantitative FIT solution with current FDA approval and have the benefit of comprehensive evidence to include over 200 peer reviewed publications.4

Screenlink Healthcare are delighted to be the current contracted suppliers of the OC Sensor and FIT home testing kits to eligible patients of BowelScreen, the HSE National Bowel Screening Programme. 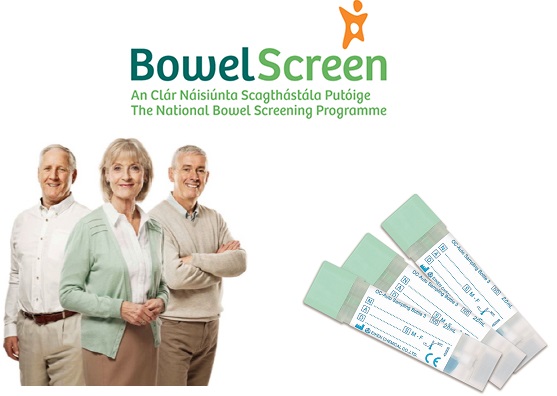